Here in the UK, pigeons are both liked and disliked by many. Our history with the winged rat is undeniable but we also can’t overlook all the mess these winged devils create. From droppings to debris and diseases, these birds aren’t the innocent animals some think they are

In this article, we will take a closer look at a creature that often gets unnoticed in the pigeon’s shadow. Literally. These tiny little insects depend on the birds to survive so they stick close to them. We are talking about the bird mites, of course. Read on to learn what kind of trouble the mites bring to people and what to do about the pest once you have it.

What are bird mites and how can you get them? 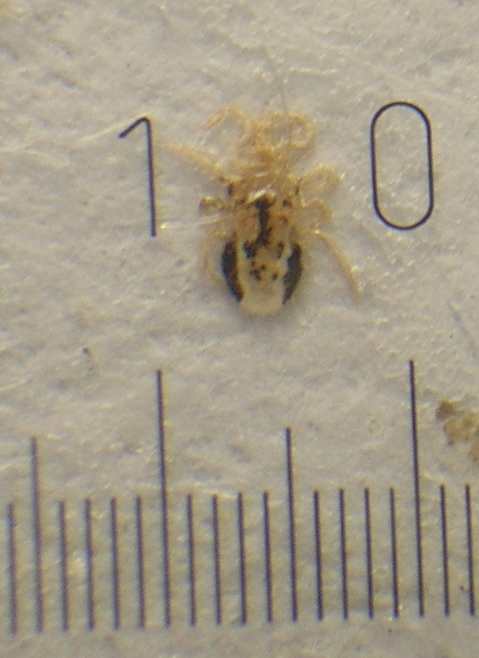 ‘Bird mites’ is the collective name used for several types of mites that are parasites of different bird species such as pigeons, sparrows, and poultry. They are tiny little arachnids relative to ticks and spiders. These avian mites can be found in low numbers, close to birds, their nests, and poultry houses, but, if the conditions are favourable, their colony can grow to thousands.

Bird mites feed on the blood, skin, and keratin of birds. However, sometimes, if there are no such hosts nearby, the mites can ingress into a house in search for food and bite humans and pet animals.

Check all topics on pigeons >

Where do bird mites live?

Bird mites prefer warm and moist conditions and usually live in close proximity to pigeon nesting areas. They can travel significant distances to reach food if the nest doesn’t provide them with such. Inside the house, pigeon mites usually gravitate towards the windows and ceilings. Once inside, the mites will burrow into fabric material, cracks, and crevices to lay their eggs in.

Can bird mites live on humans or pets?

Bird mites are quite adaptable and can infest a variety of mammals including mice, rats, and even cats, dogs and other domestic animals. Humans are not safe even if there are no nests nearby because mites can still travel on other animals and eventually end up in your home. The bird mite will bite humans if there are no suitable hosts but usually, the insect can’t survive on our blood alone.

Can bird mites survive without birds?

If you are wondering if the bird mites will eventually die off on their own, the answer is yes. At least most of the time. Bird mites require the blood of their primary host to survive, so they will usually die within three weeks if without a bird host. But recent studies have shown that the poultry mites D. gallinae have started to develop a tolerance for non-avian hosts. The bird mites can still develop on human blood and if the insects' numbers are large, they are capable to replenish their colony quickly enough to have it stable.

Book your appointment with a single call!

Female mites can bite people because they need blood to reproduce. This usually happens if their bird host leaves the nest. The mites are not picky when it comes to where to bite, so you may notice the markings on any part of your body. Unfortunately, bird mite bites look quite similar to bed bug bites, which can make it difficult to recognise what pest problem you are having.

When the mites bite, they inject saliva that triggers a localized histamine reaction. The degree of a body’s reaction to bites, also known as gamasoidosis, depends on the particular immune response and can range from a few red dots to severe skin irritation.

Q. Do bird mites burrow under the skin?

Bird mites do not burrow under the skin, they feed on the surface. The insects have piercing mouthparts which allow them to get their blood meal off of the skin’s surface.

Q. How to treat the bites on the body?

Luckily, the bites themselves aren’t painful and most of the time, do not require treatment, they will heal on their own. But the application of an anti-itch lotion will reduce irritation caused by bird mite bites. It’s best to avoid getting bitten in the first place, so deal with the source of the problem — the birds.

Some species of avian mites are considered to carry zoonotic pathogens such as Lyme disease, Mycobacterium and Salmonella. The most common condition caused by mites is pruritic dermatitis which is characterized by general itchiness and sensation of “bugs crawling on the skin”. The condition usually doesn’t require treatment and will pass on its own within two weeks upon dealing with the bird mite infestation.

How do you know if you have bird mites?

Because of their tiny size, mites are extremely difficult to identify. That’s why we suggest checking for the following clues that suggest a bird mite infestation:

Our environment is rich with life. A variety of other creatures can give you the impression that you have a bird mite problem or vice-versa. This may cause you to stress more than you should or act rashly and worsen the situation. Here are some other insect species to consider before taking any action:

Scabies is a contagious skin infestation, so make sure to treat it timely. Having scabies doesn’t cause the distinctive crawling sensation on your skin the bird mites do. And scabies itch is perceived as way more intense. Additionally, scabies will create visible, superficial burrows in the skin of their host. And as mentioned above, the treatment for scabies won’t work against avian mites, so that’s a good clue on its own.

Although technically in the same family, dust mites couldn’t be more different than the avian mites. For one, dust mites are not parasites but scavengers. They feed on dead human skin and hair, so they don’t bite but they do cause allergies and can also unlock or worsen asthma symptoms. Dust mites are so minuscule, you can’t see them with a naked eye. And because the only symptoms of both kinds of mites are allergic reactions and skin irritation, you may not be able to identify which one you have. Either way, a professional pest controller will know what he’s facing and will be able to rid you of the problem.

It’s fairly easy to identify whether you have fleas, which in turn can rule out a bird mite infestation (unless you’re unfortunate enough to have both). For starters, flea bites are easily distinguishable by the tiny red dot in the centre of the bite, which is a unique “feature” of theirs. And unlike pigeon mites, fleas will bite you no matter the time of day. Fleas also move around by jumping, while avian mites crawl to reach a location. As a final clue, fleas tend to bite more around the feet and ankles while mites will not nitpick resulting in bites on your entire body.

Having a pest issue?

Rely on professional exterminator for your pest treatment!

What to do if you have bird mites?

If you’ve got a bird mite infestation, you know that sometimes getting rid of them can be a difficult task. To end a mite infestation you will have to eliminate them faster than they can reproduce.

Is there a ‘natural’ way to deal with bird mites?

Unfortunately, methods that are considered natural such as essential oils, Diatomaceous earth, vinegar, etc., will not do much against a bird mite colony. Though, you can lower their number significantly by:

You can try and do this yourself or even better — hire a professional who’s fully equipped to tackle the issue safely. It’s important to remember that harming wildlife birds and their nests is against the law, so make sure you’re following all regulations. For your protection, wear gloves and a face mask to avoid transferring any mites or pathogens from the nest.

After the nest is removed, make sure to clean any remaining debris and bird-proof the area to assure that the birds will not rebuild their nest. If you choose to hire a professional, he will also apply a special insecticidal spray on all surfaces where the birds were nesting and the areas where an infestation was spotted. This way the property will be protected against further insect problems.
Read more: How to keep pigeons away?.

Since mites thrive in damp conditions, lowering humidity levels to under 30% may aid your situation. You can achieve that with the help of an air conditioner or a dehumidifier and by ventilating your home regularly.

This procedure targets a specific room and disinfects it in a single treatment cycle. The service is usually recommended for bed bugs but it has a similar effect on mites and can be performed by professional exterminators.

Get rid of other pests

Rats and other rodents can also transmit both rodent and bird mites, so if you’re having such problems, make sure to solve them fast.

Meticulous hovering of the infested room will help control the numbers of mites but this is a temporary solution.

What will kill bird mites once and for all?

Bird mite infestation can sound like a tough problem to have and sometimes that’s true. However, you should avoid using domestic-grade chemicals to deal with the mites — this will only temporarily repel the insects without eradicating their colony. Additionally, some species of avian mites have shown resistance to conventional pesticides, so avoid wasting your money on ineffective products.

If eliminating the nest doesn’t help, you can always call in a professional exterminator who will know what to do.

Get an inspection
Disclaimer

We share helpful information according to the experience and know-how of the pest technicians. However, we don't provide any medical advice.