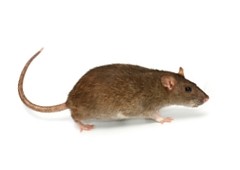 Rats are among planet Earth’s ultimate survivor species. They scavenge, hunt, hide, possess remarkable intelligence and are a very important part of the natural habitat. Since the dawn of mankind, the rat population has been booming all over the world because humans provide the best living conditions for the rodents. Because of that, property owners are in a great need of pest control once they realize they have a rat infestation. 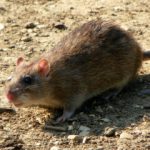 The brown rat (also called Norwegian rat) is the most common household rodent in the entire world. It grows up to 40 cm in length and its tail is usually shorter than its body. They produce between 5 and 10 rat babies per litter and have between 3 and 6 litters a year. The young reach sexual maturity about 10 weeks after birth. 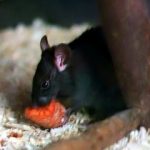 The black rat is smaller than the brown rat, it grows no more than 25 cm in length. However, its tail is longer than its body. It has a pointed nose, large ears and a slender body. Just like the brown rat, it produces between 5 and 10 baby rats per litter and between 3 and 6 litters a year. The young reach sexual maturity when they are 10 weeks old. The black rat climbs a lot, doesn’t like to burrow and it’s rarely found outdoors. It eats less than the brown rat.

Despite the brown rat being called a Norway rat in some parts of the world, it does not originate from Norway. It was introduced in the Nordic country after the name Rattus Norvegicus was already popularised. Scientists speculate the Norway rat originates from China or Eastern Mongolia. During the Middle Ages, they spread to other parts of the world.

The brown rat is cosmopolitan and lives on every continent. Antarctica was declared rat-free in 2012 when the population of brown rats on Rat island was eradicated. They were introduced to the island after a Japanese shipwrecked nearby. There are several other rat-free zones in the World, namely Iceland and Alberta, Canada.

As an omnivore, the Norway rat has a rich diet. It consists of but is not limited to, cereals, seeds, grains, nuts, meat, pet food, eggs, dairy products, and even chocolate. There are just a few foods they avoid—raw beets, raw celery, and peaches. Rats get their food from both outdoors and indoors locations.

Urban tales of rats preying on cats and dogs are exaggerated. Although they are omnivores, they are not keen on hunting. Rats are scavengers and will attack only when starving. However, it is not unlikely for a rat to attack and potentially kill a dog or a cat in self-defence.

Read more: What do rats eat?

The disease most commonly associated with rats—plague—is not carried by Norway rats. It is transmitted by fleas leaving an infected black rat and attacking a man. Black rats are now extinct in the UK but can be found throughout Europe. They were driven out of Britain by the Norway rat. Black rats also spread Hantaviruses.

However, rats are one of the few mammals not known to spread rabies. Although there are incidental reports of rats infected by the disease, there are no known cases of rat-to-human rabies infection. Rats are also extremely resistant to the rabies virus.

Norway rats cause huge harm to the world economy. They cause structural damage to a building and can cause a fire by chewing on a cable. They can also destroy flood defences, bridges and security fences.

Rats feed on wheat and rye. Tons of harvest are destroyed each year due to disease contamination, caused by them. They also infect domesticated animals.

Rat prevention: How to Deter Rats

Prevention is the best medicine. If you don’t have rats right now, or if you just managed to remove the nightmare from your house, you need to make sure that no rodent enters your property again. To do this, there are a few important steps to follow.

How to deal with rats inside your home

Rat control must focus not only on exterminating the population but on preventing the re-entry of rodents inside your property. There are several different methods of rats control.

1. Poison is the most effective at killing rats.

2. With traps, there is no risk of dead rats in hidden locations. In order for a trap to be effective, it must be placed on the path of the rats.

3. Another important aspect of rat control is preventing future access. All points of entry must be sealed to avoid re-infestation. These include holes in the walls and attic, gutters, pipes, structural gaps, and even roof tile intersections.

We only aim to provide some useful facts about rats. Anyway ,we don't provide any medical advice.