What do Rats Eat?

Rats are omnivorous and they would eat just about anything from carcasses to overripe fruit. And thanks to us humans, they can find an abundance of resources. That’s why they tend to infest people’s homes in the first place.

Usually, different rats have different preferences, though if they’re hungry, they wouldn’t be picky at all. Still, for the keen eye, it’s obvious when the brown rat goes to the pet food first, instead of the fruit.

In fact, the type of food available out in the open might as well be the driving force for the whole infestation. It might be important to know what kind of food the rats that infested your home are drawn to.

Read all about rats >

What do Brown and Black Rats Like to Eat? 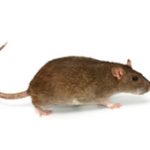 The brown rat has been known to attack even poultry and young lambs. When inside a home, they might often nibble on soap, paper and beeswax. Sometimes they store food in their burrows. 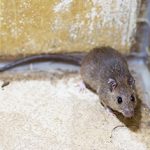 Black rats are generalists, meaning they would eat just about anything that’s presented, though they have a huge preference for fruit and nuts. They also enjoy:

Any food meant to be for pets or livestock. Their diet is high in water content. They are important to many natural habitats because they feed on birds and insects.

Book professional treatment and keep rats away from your property!

Rats rarely hunt as they prefer to scavenge and eat whatever they find. And they do find quite a lot, especially in urban areas. But, if a situation presents itself, they would hunt insects or other small animals such as mice. This is also why rats and mice can't infest a house simultaneously.

The reason for this hunting behaviour is usually lack of protein in their diet. Just like any human would crave meat, so do they.
And the wilderness rarely provides that. Corpses usually get taken by bigger animals before the rats have a chance to get some. This is another reason why infesting a home is a lot more convenient for rats.

How Long Can Rats Live Without Food?

Rats, like any other rodent in the wild, are food hoarders. They would take more food than they can eat and store it in their burrows for later. Many would eat some of what they find, then hide the rest. They do the same in people’s homes too, which is why very often the smell is not all from the rats, but also from decaying food. They always go out at night to collect whatever they can find in order to avoid predators.

Rats have managed to survive for so long by not being picky with their food. Since environment changes, so do the food resources of their habitat. This means, they have to adapt to the new thing and this includes the new food. This, however, is not as easy as it sounds. Very often food can make them sick. They have learned how to avoid this, by sampling the new food at first. They try very tiny amounts of it, to make sure they can digest it properly. If they can, they would make the new item a part of their diet.

Rats Eat their Own Faeces

Coprophagy or the action of eating one’s own faeces is part of many animals’ diet. It’s not anything unusual and it’s mostly because due to the lack of certain nutrient. It’s often most probably folic acid, biotin and vitamin K. They’re all present in the faeces because they’re in general hard to absorb.
If you see any signs of rats in your home, or you see rats running around, be sure to contact us for an effective rat control service.

Have you spotted a rat?

As a commercial service provider we only aim to inform you about what do rats eat according to the professional experience and knowledge of the pest technicians.