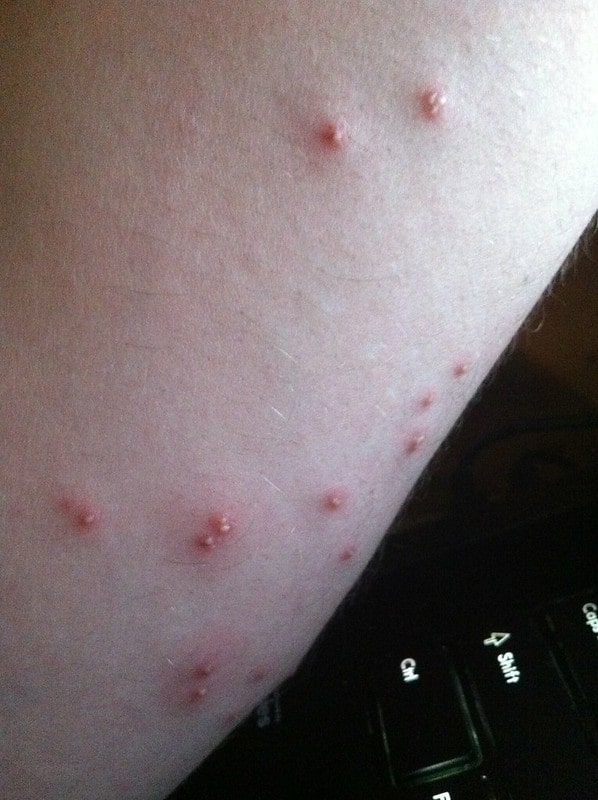 While amongst nature you can fall victim of various beasts and crawlies. They call it “the wild outdoors” afterall. You will be warned for some animals, and you will see or hear others from a far and keep your distance. However, it proves difficult to notice a threat that is a couple of millimetres long. This itsy bitsy menace comes in the face of ants, with their mandibles and stingers.

While in the forest, and sometimes your own back yard, you must keep an eye out for ant nests. Ants will protect their home and colony with everything they have. Ant soldiers will swarm and attack you without hesitation. Their prime weapon is their mandibles. Sharp and strong jaws that the soldier ant will sink as deep as it can into your skin. A single ant bite may not be a big of a deal, but if you were unlucky enough to stumble upon a nest, you might indoor hundreds of ant bites.

Do ants bite or sting?

It is important to know that all species of ants have mandibles, which means that theoretically all of them can bite. The difference between the species is their aggressiveness. Some will avoid confronting a much larger opponent, others will give it everything they have if they feel threatened. One more thing, that you should not forget, is that biting is not the only way an ant can attack its opponent. Some species can sting, injecting acids under your skin that cause severe irritation and can even lead to serious allergic reactions. Other species spray formic acid on the skin of their opponents, and some do it while biting.

It might be best for you to get to know the most common species, that are both aggressive and capable of inflicting some serious damage to you.

How and when do ants bite

Ants will bite and sting when they are hunting or they feel threatened. Often, people don’t pay much attention and they stumble upon anthills or pathways. If you step on an anthill, the soldier ants will swarm your leg right away and give their everything to stop you from destroying their home. Sometimes people lay their picnic blankets on top of anthills and nests, or alongside food paths. These individuals can quickly regret their decision.

While you are at the park or hiking amongst nature, keep your eyes open and watch where you are stepping. Wear long socks and avoid shorts, especially if you are going in the woods. Keep your food under supervision while on a picnic and examine your picnic area, before settling on.

If you were bitten or stung by an ant you may observe some of the following ant bite symptoms: redness, mild swelling and itching. The bite marks would look much like mosquito bites, small reddish areas around the bite, that may itch a lot. If it was an ant sting you may feel a burning sensation.

How to treat ant bites and stings

If there is significant swelling in the area you should apply a cold compress. Let the area rest in between the cold compresses. Hydrocortisone creams will help with the itching from ant bites. If you are developing localized allergic reactions you should take some antihistamines. Always check with your doctor first.

You should consult a professional ant control expert as soon as possible if you are dealing with an ant infestation in your home.

Still not sure if the bites are from ants?

We only provide valuable information regarding ants bites and the possible health risks they hide. But we, as a commercial service provider, cannot give you medical advice.