Ants Nest: Everything You Need to Know 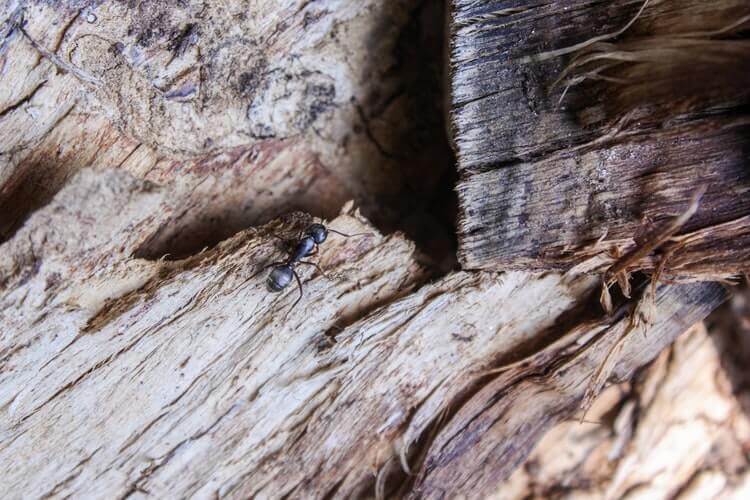 Photo by Chandler Cruttenden on Unsplash

Ants are social animals and live in colonies where they are all family. Every ant in the colony works for the good of the entire family. They are a well-organised machine, every ant has its role and job to contribute to the colony.

Ants can build their nests and thrive anywhere. The usual places where they do are forest and fields, but also any place with dirt in any city in the world can become their home.

That being said, according to their nesting habits, ants’ nests can be divided into three major groups. First, nests in soil, second - nests in wood, and third - opportunistic nests. Here, we will talk about the nest types and how to locate them in your home.

These are the most common types of nests. Soil is easily available and many areas and it isn’t treated with pesticides or other chemicals harmful to the ants. Soil nests are also the most common for most ant species in the world, not just in the UK. You’ve probably seen them hundreds of times in the park. Anthills scattered on the ground between flower beds. Since ants build soil nets, they move some of it around thus making the soil ecosystem a service. They have a positive impact on plants and other animals who live near the ant nests.

You may have seen some of these ants. Some ant colonies make their nests in hollow parts of trees. Usually, the tree is rotting, dying, has fungi, or there’s a lot of moisture. Carpenter ants are a species that often nests in hollow trees, but other species can like it too. The ants do not eat wood, they nest in it.

Opportunistic nesting ants are adaptable to various environments. They require a place with moisture, protection, and easy access to food. This means they are more likely to make a nest in your home. Any holes or cracks in the exterior of your house’s walls can become their home too. They will also get inside your home and steal your food. Other types of ants' nests:

These nests often are unnoticeable by humans unless you find them by accident. Most often simple ants' nests are built underneath logs, stones, or other large objects and have only one tunnel that leads to the nest.

The counterpart of simple nests is the complex underground nests that comprise complex networks of interlocking tunnels. An example of this is the leafcutter ant society that builds nests with thousands of rooms that can reach up to 0.5 square kilometres.

A typical ant colony comprises “collections of workers, reproductive individuals, and brood that live together, cooperate, and treat one another non-aggressively”, according to Wikipedia. There is one (sometimes more than one) egg-laying queen, hundreds of workers and soldiers (sterile females), and hundreds of winged males and females (non-sterile). These three groups are called castes.

Ants' nest in the house

If you’ve seen a couple of ants on your kitchen floor or counter, there are usually a lot more. Ants can enter your home through various entry points, including structural damage, a crack on the door or window, or an open door or window. Most often it doesn’t matter to them on which floor you live. Ants are known to climb up to the fourth or sixth floor of a building and enter through the balcony. They come inside your home to get food. Sometimes the ant colony’s nest is somewhere near your home, and they’ve found their way to your home where the food is. Then they come, get what they can find and go back to the nest. Other times, the colony builds its nest in a crack on the exterior wall of your house.

Common places in your house where ants could nest

Get a pest expert to help you out!

How to find an ants' nest?

When you spot ants in your home, you should follow them and see where they hide. There can be a couple of ants at once in your home, or the entire colony may be passing through your home. First, you should inspect the area inside your home that you spotted them in and find where their entry point is. If you live in a house with a garden, the nest is most likely there.

How to locate an ants' nest in your house?

Tracking the ants you see in your home is crucial, but it may not be as effective. If you follow them and they disappear underneath the floorboards, for example, you will never know where exactly they are going. However, there are a few of things you should look for aside from the ants themselves.

How to get rid of ants' nest in the house?

If you’re only seeing a couple of ants here and there, and not an entire colony, you can use some baits to test and check which would be the most effective pest control method to use. Use the following test: in the area where you see the ants (most commonly in the kitchen or bathroom) in two corners put peanut butter and honey. Based on which treat they attack, this would be the type of ant bait to use against them. If they are drawn to the honey, you should use sugar-based baits to get rid of them. But if they are drawn to peanut butter, use protein-based ones.

How to stop ants nesting in plant pots?

Do you see ants going into your potted plants? They can be attracted to some plants’ honeydew or the moisture in the soil. Also, they can chase aphids, mealybugs, or scales that hide in your potted plants. To stop ants nesting in plant pots, you can try any or a combination of the following:

You can also apply these methods to your home. Sprinkle these products around doors, windows, and corners of the rooms where you see ants most often.

Read more: Where Do Insects Go in the Winter

How many ants are in a nest?

The number of ants in a nest depends on their species and the time of the year. When it comes time for reproduction, some worker ants will leave the nest looking for mates. However, on average an ants’ nest can have from a hundred to thousands of workers, males, and queens.

What if ants keep appearing?

When you’ve taken some steps and measures to get rid of the ants' nest in your home or cut off their access, but they keep re-appearing, there’s only one thing left to do. You should get help from professional pest controllers.

We only produce educational information according to the experience and professional knowledge of the pest technicians. We don't provide any medical advice.