There are hundreds of wasp species all over the world and hundreds more of hornets, bees and other similar looking insects. All are an important part of the ecosystem as even wasps are valuable pollinators. You can spot a great variety of them around the UK but not all will sting you.

It’s important to understand the difference between wasp species because everything from their nesting habits to how aggressive they are differs. You need this information if you want to get rid of the wasps without getting hurt. So let’s take a closer look at the British wasps.

Wasp species in UK - how to identify them? 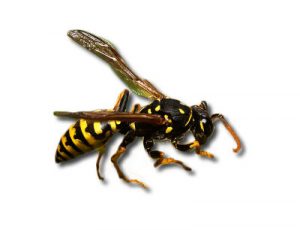 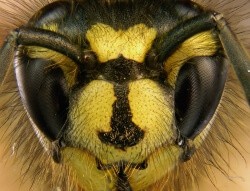 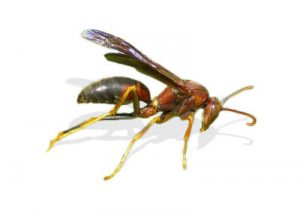 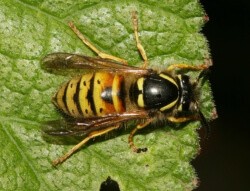 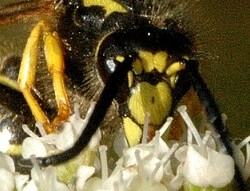 Image by: Ecology of Commanster 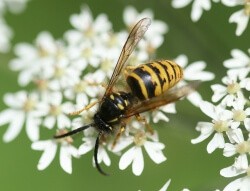 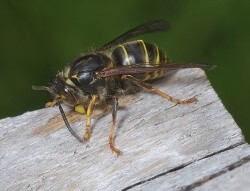 No matter the type, wasps are still dangerous. They are easily annoyed and very protective of their territory. And at times, they will sting even if not provoked. If a wasp has stung you, check our other articles that cover the matter in detail:

There are many insect species that get mistaken for wasps, so you shouldn’t run at the first sight of black and yellow stripes. Bees and hornets are the most common wasp lookalikes.

But some species of flies, beetles and even ants look very similar to wasps, especially to the uneducated eye. Not all of those wasp-resembling bugs have the wasp’s temper and most don’t even sting. 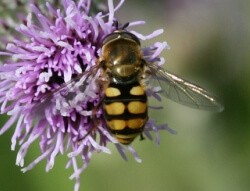 This fly species gets mistaken for a wasp because of the strikingly similar colouring. So if it’s not a wasp, how come it looks like one?

Well, this is because of an evolutionary process, known as Batesian mimicry — when a harmless species evolves to imitate a harmful one in order to protect itself from predators.

But the hoverfly is nothing like the wasp. It is not only harmless but is also an important natural enemy of other pest insects such as aphids. Here’s how a hoverfly differentiates from a wasp visually: 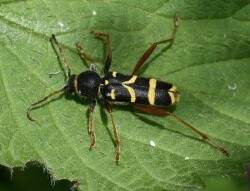 It is a species of longhorn beetle and it gets its name because of the spot-on mimicking of both colouration and movements of a Common wasp.

However, it’s quite difficult to confuse it for a wasp if you look upon it closely - its wings aren’t exposed as wasps’ are, thus they are not visible unless the beetle is flying.

Differences between wasps, bees and hornets

Impact wasps have on humans and nature

Most people consider wasps to be baddies but they do also play positive roles in the ecosystem. They impact a great range of human activities and affect the ecology in many ways.

If there's a wasp nest near your home and you feel threatened by it, feel free to get in touch with us for wasp nest treatment.

We share useful information based on the education, experience and knowledge of the pest technicians. However, we don't provide any medical advice.