More than 350 million people suffer from arachnophobia—the fear of spiders. They haunt the dreams of young kids and make grown-up men scream in terror. But do they deserve this questionable fame? We’ll take a look at the most prominent species of spiders in the UK.

Venomous Spiders in the UK 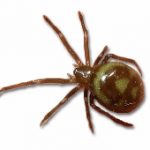 Its venom can cause localised pain and swell around the wound. There’s no need to worry, these spiders bite only as a last-stand defence measure. They have glossy legs, a dark brown upper body (true widows’ thorax is black) and cream-coloured patterns on their bulbous abdomen. Most often seen in sheds and constructions outside. 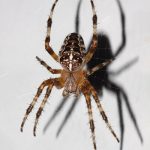 This venomous spider’s bite causes nausea and fairly small swelling that can last up to a couple of days. Black legs with yellow or red colouring on them, 3 claws on each leg, front body covered in short silver hairs. 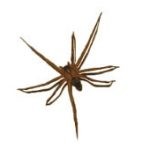 It has necrotic venom, which means if severe, the bite could result in necrosis. However, most people do not experience any symptoms with only a few experiencing stinging, intense pain.

Many people think spiders are insects. Actually, they belong to a different order of the animal kingdom—the arachnids. Spiders are more closely related to ticks and scorpions than to cockroaches and wasps. This is good news! Unlike insects, spiders cannot fly, and there’s no chance for arachnids to evolve wings in the foreseeable future.

Spiders are easily distinguished from insects by the fact they are eight-legged. They have segmented bodies that come at all different shapes and sizes. Most spiders have eight eyes although they are hard to see with the naked eye. Almost all spider species produce spider silk through spinnerets in the back of their bodies. They also have fangs with which they hold their prey. Unlike insects, spiders do not have antennae.

Spiders feed primarily on insects. The diet of larger species can also include birds, rodents, lizards and other spiders. They capture their prey in several different ways. The most common method is by using webs. Spiders spin webs that are hard to detect by flying insects. It is made of protein fibre silk and functions as a sticky net to catch airborne prey. Spiders also use it to mummify their prey and preserve it for future consumption.

Some spiders prefer to hunt on the ground instead. They do not construct nets but instead capture their prey with their fangs. The venom most spiders produce is an insecticide that kills or immobilises insects. A few spider species hunt water-borne animals in a similar fashion. Since their diet consists primarily of insects, spiders can be considered nature's pest control. In fact, many people leave the house spiders in their homes so they can eat other insects that are more disturbing.

There are more than 40,000 spider species around the world, but only several spider species in the UK. They are rarely considered pests—they do not spread any diseases and do not cause any damages. Spiders also feed on many insects we consider pests—flies, cockroaches, ants, and even wasps. Thus, spiders help curtail the spread of communicable diseases. Almost all species are venomous but few of them have mandible strong enough to penetrate human skin.

Yet this does not mean spiders are harmless. There are species of biting spiders UK with painful and potentially dangerous bites. Such spider bites can trigger allergic reactions and shock. Spiders also can cause phobic reactions, such as hysteria or stress, in humans. They are also visually unappealing—spider webs are usually associated with neglect and filth.

Spider bites usually do not require special treatment. Their venom is, in fact, insecticide, thus rarely highly toxic to humans. If the pain is intense and there are signs of inflammation, it is best to seek professional medical advice. Read more about spider bites.

Spider infestations have one simple cause—overpopulation. Unlike what most people think, indoor spiders do not come from outside in the end of summer. The only exception to this rule in the UK is the Giant house spider. Spiders are all around us at all times. If the habitat is favourable, their population will boom.

Arachnids love to hide in dry, warm places such as boxes, corners, the short distance between furniture and walls, and window frames. There they spin webs and hunt insects. An increase in their population may be related to infestation by other pests. Abundant food can easily cause spiders to thrive in your home or office, but there are a couple more reasons spiders invade your home.

What to do in case of a spider infestation

Unlike other pests, spiders are quite easy to deal with by yourself. There are numerous different methods and usually, no chemicals are required. The easiest and safest way is to use a vacuum cleaner and suck them off their webs. You can also buy yourself a webster—specialised brush for the removal of spiders and spider webs.

Keep in mind no matter how many of those creatures you deal with, they will keep reappearing. The best way to ensure a spider-free property is to exterminate their food source—cockroaches, flies, ants and other types of insects.

Need professional help to deal with a spider infestation?

Keep in mind that we only aim to provide some useful information about spiders in general. We cannot guarantee that the arachnids you're dealing with corresponds to the same description and are exactly the same.