It was in the fateful summer of 2014 when Mario, a professional pest technician, received an irresistible gift from his thoughtful friends – a disarmingly cute kitten.
Seeing that Mario didn’t have anything against felines, he named the fluffy animal Tom and took the cat in to keep him good company. And so began the brave – and fairly amusing – adventures of Tom the cat.

A Song of Cats and Mice

As the kitten grew in size, so did his curiosity. Before long, Tom was already exploring the outside world. Starting small with Mario’s neat little garden, the cat gradually expanded his territory to include the nearby gardens of unsuspecting neighbours.

But Tom was not the one to cause trouble. Quite the opposite – during his travels, the small predator sometimes happened to encounter mice of various size, which he then proudly presented to his master back home.

With time, Tom became so proficient at the game of cat and mouse that nobody in Mario’s neighbourhood could recall seeing a rodent ever since the animal started patrolling the streets. 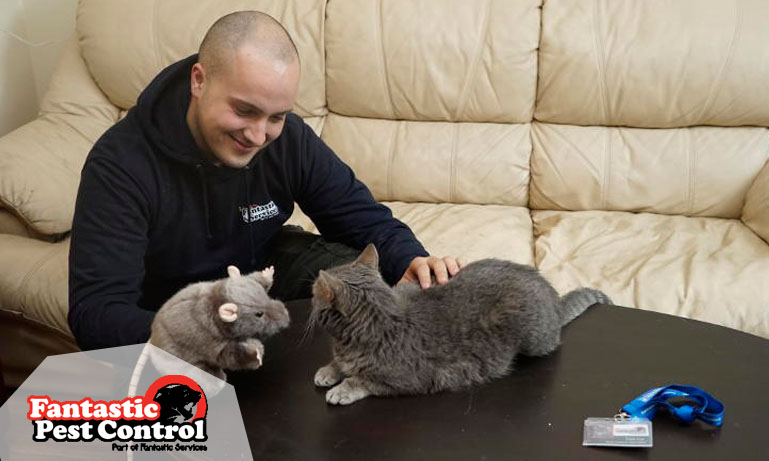 It was not rare for Mario’s friends to tell him that he and his pet act alike, implying that Tom learned quite a few tricks from his owner.

He then jokingly replied back that he was training Tom extensively so that he could enter next year’s National Pet Show competition. However, the cat’s acrobatic skills truly shined when he and Mario played together.

The mornings usually started with a bit of an unusual ping-pong game – Mario would bounce the small ball against the wall and watch Tom follow immediately after.

In the late afternoons, when Mario was no longer busy with pest controlling work, he would roll a piece of paper across the floor, turn on the laser tag, hide a plush bear under a blanket, or bring out the fuzzy hunter’s favourite toy – a small wind-up mouse that the cat could chase around for hours on end… or at least until his owner fell asleep.

At first, that day appeared no different than any other – as Mario eagerly drank his morning coffee, he browsed the list of client households that he was about to visit.

Typing in the first address into his van’s GPS system, he drove off to diligently perform his duties, completely unaware of the emergency situation that would unfold at the final destination on his list.

The damsels in distress 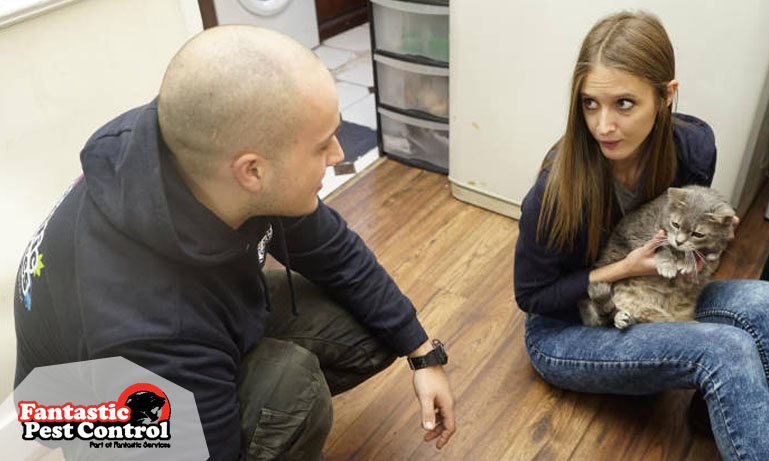 While unloading his pest inspection equipment in front of the last property for the day, Mario suddenly heard the shrill screams of two ladies that came from within the building. Rushing inside to answer the frantic pleas for help, the pest controller found the two girls in question somehow standing on top of a seemingly shaky dining table.

Relieved by Mario’s appearance, the homeowners shared that they happened to see a large mouse pass near the kitchen just a few minutes ago.

Taking his tools of the trade inside, he carried out a thorough inspection and mice infestation treatment to prevent the uninvited guests from bothering the frightened ladies any further. But the story did not end there, for the real adventure was just about to take shape.

A fortuitous turn of events

Just as Mario was about to leave, the ladies insisted that he should stay for the night in order to fend off any potential long-tailed invaders. The polite pest controller was quick to refuse the offer at first… until he came up with the bright idea to bring his fleet-footed cat to replace him for the night.

The homeowners were immediately sold on the idea as soon as Mario introduced them to Tom and shared his heroic mouse-chasing feats.

And so Tom began his first official night watch, keeping his eyes and ears wide open for any strange scratching noises that could threaten to upset his newly-made friends. During his stay and after, such sounds were never made again.

A Part-time Job by A Full-time Friend 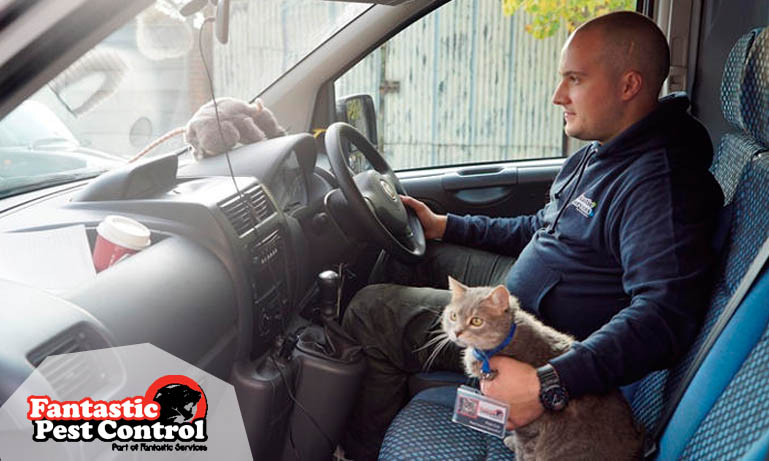 It’s been a little over a month since Tom first started assisting Mario in his responsibilities. Now, each time the client requests an overnight stay, the agile cat is always first to volunteer, offering its watchful eyes and purring comfort to each and every customer to ensure their good night’s sleep.

In the meantime, we advise you to leave Tom for last and book an inspection as soon as you suspect that you have rodents in your home to deal with any infestation in a timely manner.

Spread this knowledge with your friends!

Sign Me Up for Fresh Updates I want to have fantastic stories delivered straight to my inbox for free.

A proud member of